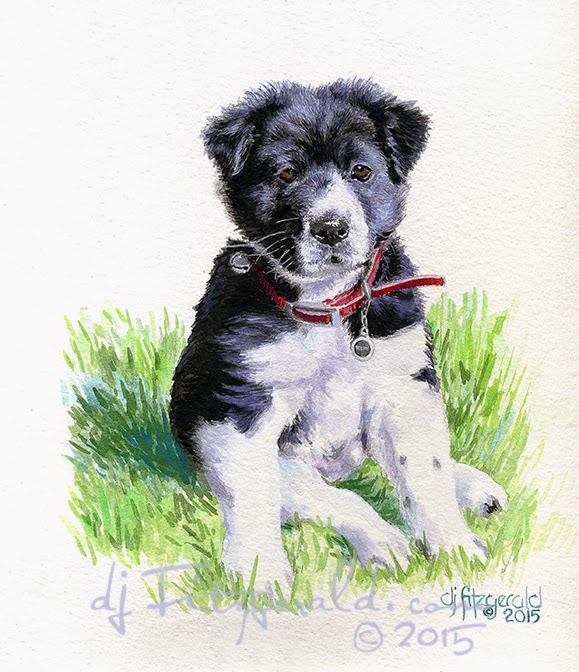 O.K…… I have been a bad poster!!!  Between the holidays, work and Mom…. need I say more!  But on top of that I bit the bullet and added a new puppy to the family!  We have been a one dog family for over a year now… for the last 30 years we have always had 2 dogs.  I saw a really cute puppy that my dog rescue friends had online and thought I would take the leap!  My other dog is 9 and starting to have some arthritis issues and I think he is just kind of lonely.  If I had waited much longer, a puppy would have been too hard on him.  The puppy, Tucker, has been great and Remi loves him!!!  He is pretty smart and is already house broke!… mostly!  My first heinz 57 ever!  Grew up with Cocker Spaniels and as an adult we have had a  Weimaraner and 4 German Shorthaired Pointers.  Tucker's mom was a brown/tan sheltie/shepherd cross and the father is unknown. He is black and white and initially looked like he had some border collie in him…  now that he is here he looks more like a b&w Newfoundland but with shorter ears!!!  Anyway you look at him, he is cute!! There is a poll on how big he is going to be!! His mom was only about 25 lbs…  so I don't think we are going to be HUGE…. He is 18lbs now… at about 13 weeks!

This is a quickie gouache I did of him so I could make a thank you card for Danny and Ron's Rescue… here is what I came up with for the card.  Would still like to play around with the copy a bit… but for now, I am pleased! 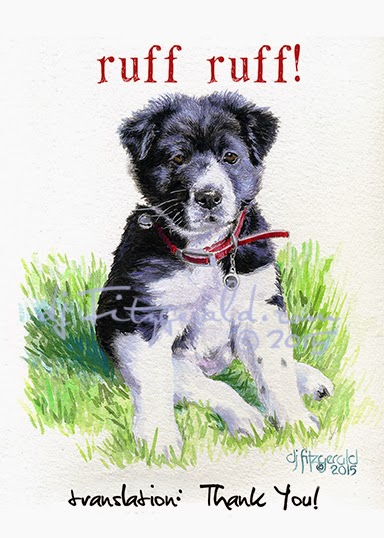 Posted by Debi Fitzgerald at 10:17 AM

Add comment
Load more...
Newer Post Older Post Home
Subscribe to: Post Comments (Atom)
This blog is a vehicle for me to share my work. But I am hoping it will also enable me to further explore my creative side..... being an artist is not just about what I put to paper or canvas, but how I live my life. So I want this blog to be a place to collect anything that catches my eye. And I guess we shall see how it evolves!